The type of verbs selected for a poem, essay, play, or friendly conversation impacts us—mind and body. The brain processes language—what we hear, read, and write but more and more research indicates that the body also pushes into our ability to recognize and use language. Often verbs generate an image in our mind—lords a leaping, dancers twirling, huge men hurling stones. Action verbs like leaping, climbing, scaling create an image, a vibrant picture in the mind’s eye. The effect is different from a more generic action verb like “move.”

There are several diseases, including Parkinson’s disease, schizophrenia, Huntington’s ataxia, cervical dystonia, traumatic brain injury, and strokes that influence our ability to contract our muscles. Diseases also shape our recognition of language and how we process words. Recent research indicates that reading, listening to, and writing poetry can improve the health of our brains and our ability to process language. In other words, poetry can help heal the brain and keep the mind and body active.

And research on adults and toddlers indicates that the recognition and understanding of verbs starts early. “Language that describes actions can help to predict future actions. Language and action are therefore interrelated.” Language and the sensorimotor [sensation and movement] system are already involved early in life (Neuropsychologia, 2017).

Poets sometime mix metaphors or draw on words in unique and creative ways. A study found that language processing depends on the body posture, health, and mobility of the listener. “Evidence is increasing that brain areas responsible for action planning and execution are activated during the information processing of action-related verbs—pick or kick.” Participants judged as quickly as possible whether the presented object and the verb would be compatible (ball-throw) or not (ball-pour). Researchers added “results showed delayed processing of both manual action (grasp, reach) and non-manual action (sit, think) verbs when the arm posture was constrained.” This means our body interfere with or support language processing depending on what is transpiring in our body (Frontiers in Neuroscience, 2017).

The medical literature also depicts where in the brain diverse kinds of verbs are processed and how language is affected by brain damage. Linking words like “holding” and “clenching” (action verbs) and “crumbling” and “flowing” (motion verbs), researchers contrasted left hemisphere stroke patients with healthy participants based on their understanding of action and motion verbs. Patients with lesions involving posterior parietal (sensation area) and lateral occipitotemporal cortex (vision and hearing areas) of the brain had deficits in processing motion verbs. In contrast, deficits in verbs describing motionless actions (dispel, settle, pacify) were found in patients with damage to the more anterior part of the brain (Frontiers in Human Neuroscience, 2017).

This next research makes me wonder what would change for people assigned the task of rendering poems that include words from six categories. Would their mental health improve if they wrote about: Running (run, jog, walk), Hitting (hit, poke, jab), Cutting (cut, slice, hack), Speaking (yell, whine, whisper), or used Change of State (bloom, blossom, wilt), and Psych verbs (amuse, delight, startle)? (Frontiers in Human Neuroscience, 2013).

Another study contrasted action verbs (grasp, bounce, spin) with interaction or relational verbs (give, hand, confer). Whether an action or interactive verb is shared linguistically, acted out, or perceived (seeing the action) changes our response (Frontiers in Psychology, 2017).

How we collect the image whether through our ears, eyes, or body also changes how it is represented in our brain. There is a fun game at PBS Kids where you click on a word then you hear the word. The word does whatever it represents. For example, if the word is “melted”, then the letters melt on the screen. Some of the words are: squeeze, flip, shrink, bounce, pop, shake, and spin (Your Dictionary.com, 2017).

In a Brain and Cognition article researchers concluded, the predictive nature of motor simulation [processing verbs in our muscles and body] not only allows us to re-enact motor [muscle] knowledge and understand others’ actions but also prepares us for the actions we might need to carry out in the future (Brain and Cognition, 2017).

An ability to understand and respond to verbs makes us healthier, safer, and more engaged with the world around us. Consider what actions happen in your poems? What images are drawn out of the letters? What do your poems prepare you and the listener or reader to do in your community? 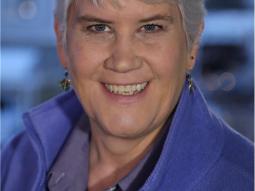 See yourself in the pattern. As a 28-year-old photographer, Kimberly Burnham appreciated beauty. Then an ophthalmologist diagnosed her with a genetic eye condition saying, “Consider life, if you become blind.” She discovered a healing path with insight, magnificence, and vision. Today, a poet and neurosciences expert with a PhD in Integrative Medicine, Kimberly’s life mission is to change the global face of brain health. Using health coaching, Reiki, Matrix Energetics, craniosacral therapy, acupressure, and energy medicine, she supports people in their healing from nervous system and chronic pain issues. A current project is taking pages from medical literature and turning them into visual poetry by circling the words of the poem and coloring in the rest—recycling words into color and drawing out the poem.